Today, many women would not think twice about performing an abortion. After all, the abortion is done as ‘a matter of convenience’ as the baby could come at the wrong time- insufficient family finances, out of wedlock, too busy to enjoy life to want a baby, etc. 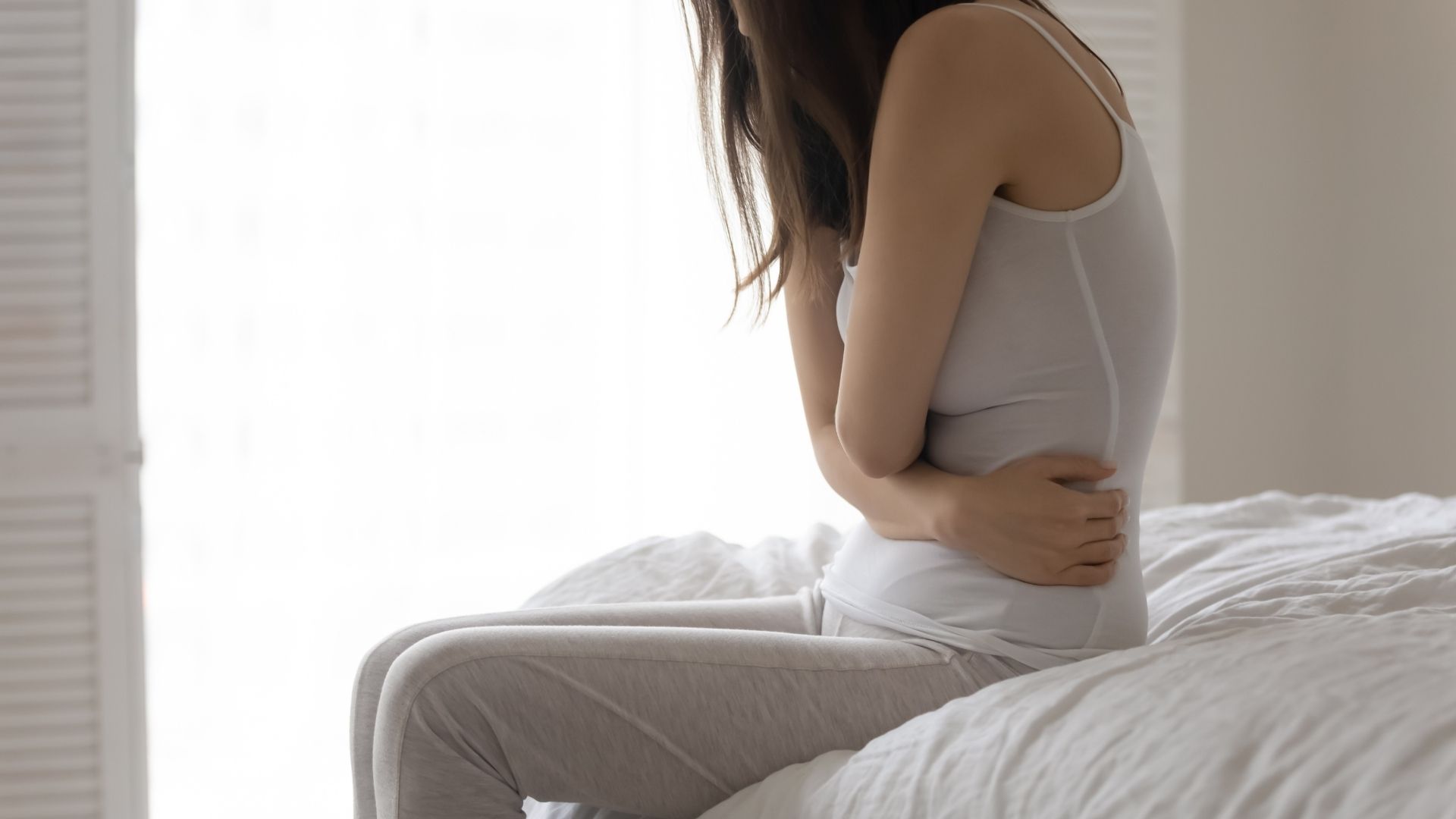 When I first read about the kammic consequence of an abortion from the book, Fruit of Karma 2, based on the teachings of a well known Thai Buddhist monk by Phra Khru Jarun Thitadhamma and translated from Thai to English by Professor Suchitra Onkom, I found the explanation a bit too drastic- and difficult  to believe at first. 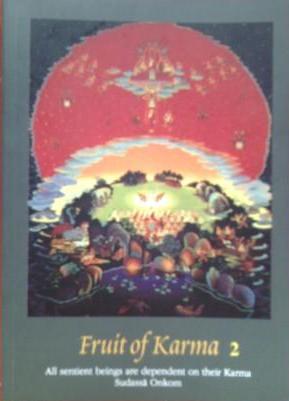 But over the years after reading the book, certain events that happened under strange circumstances within family circle and close friends of my family, as cases I’ve witnessed during my travels had convinced me otherwise. I’ve seen what happened years down the line towards some women who admitted that they’ve had abortions done when they were younger. They developed health problems where it’s either they could not find a cure, or that they had a growth but nothing showed up in scans- and later when they had another scan, the cancer had spread and reached end stage.  Or they go from specialist to specialist to help cure a health problem but no one seemed to be able to help. Usually, there is some degree of pain involved- in the knees, hip joints or lower back that no form of treatment seemed to be able to relieve.

Herein, I wish to share the excerpt of Chapter 39 from the book which I typed out. This as well as other books written in the series are good food for thought- even though they are not easily obtainable. Do read with an open mind- and if you are thinking of an abortion, I sincerely hope that you will reconsider. Even if you have no financial means to raise the child, then consider giving him/her up for adoption- but don’t deprive it of life:

Once the problem of the pregnancies have been dealt with, there were the problems of the abortions. The Phra Khru had to give consulation on every kind of problem free of charge. “Loving kindness is the quality that supports the world” is a verse that he constantly bore in mind. Whenever he got tired or discouraged, he would thin of the verse to energize his mind and make it glad to continue helping people.

A young woman of about twenty years of age crept toward the Phra Khru and spoke so softly so that nobody else could hear. The problem she had for the Phra Khru today was embarrassing, not for other people’s ears.

“Luang Poh, I haven’t be able to sleep for days now, I have nightmares every night.”

“So if you can’t sleep how do you manage to have nightmares? Or do you dream while you’re awake? If that’s the case, how can you call it dreaming? You say strange things.” He spoken in a normal voice as he didn’t yet see any reason to lower it. The young woman made a face and corrected herself, “I mean I don’t sleep the whole night, I keep waking up and drifting off. but whenever I do drop off I have bad dreams and wake up with a start. It’s been like this for many nights now. Luang Poh, please help me,” said the woman, also using her normal tone. She would save her whispers for the ‘secret’ parts.

“Please help me to sleep soundly and not have any nightmares. I tried taking tranquillizers, but they only worked at first. They say it’s dangerous to take them regularly, that’s why I have come to seek shelter in your virtue.”

“And these nightmares, what are they about?”

“I dream that a little boy comes and attacks me. Sometimes he strangles me, sometimes he cuts off my arms and legs, sometimes he plucks out my eyes. It’s dreadful.”

The Phra Khru used his “perceiving” and found that this young woman had just had an abortion. The child’s spirit’s desire for revenge was so strong he wanted to kill her. Her sleeplessness and bad dreams were results of karma in this life, giving fruition visibly. Such kamma is called dittadhamma vedaniya kamma. Knowing her kamma, the Phra Khru asked, “Well, have you ever harmed any children? What I have perceived is that there is a spirit of a young boy who wants to kill you, because you have made some bad kamma with him.” At these words, the young woman burst into tears. She suddenly feared for her life and blurted out in a whisper,

“I had an abortion, Luang Poh. I almost died having it. I’ve suffered from nightmares ever since. Please help me.”

“The child who came out was a boy, right?” he asked, just as softly.

“Of course. He wanted to be born, but you didn’t want him to be born.” The young woman sobbed louder, and, while still sobbing, said, “I wanted him, but…but..my boyfriend wouldn’t accept responsibility for the child. I was afraid I’d be shamed in front of the neighbors for having a fatherless child. That’s why I decided to have an abortion.”

“If he doesn’t accept responsibility that’s his business, but since you have made the karma you have to accept the responsibility yourself. if you have to be shamed, then so it must be, it’s still better than doing what you did. You know, that child really hates you.”

“Isn’t there any way you can help me at all, Luang Poh? Please help me,” she begged. The Phra Khru sat still for a moment and then said, “I can help, but not much. The one who can help you most of all is you yourself. But can you do as I say?”

“I can do it, just tell me what to do, I’ll do anything,” she said obediently.

“That’s good. I want you to come and practice meditation here for fifteen days. During that time you have to practice strictly, and spread thoughts of loving kindness and dedicate the merits of your practice to him. Then he may forgive you. I’ll also help you by getting in contact with his spirit.”

“I can’t do that, Luang Poh, I can’t come because I have to work. My boss wouldn’t let me take time off.”

“But just now you said you would do anything, now you’ve changed your mind. What about you saying that you’d do whatever I said,” he said flatly, not angry or upset, because he was used to the permutations of human mentality.

“Can’t you help me some other way?” she haggled.

“What kind of other way is there? Give me a hint.”

“What about sprinkling some holy water, giving me a verse to recite or something like that?”

“Oh, you like phony things like that, eh? You don’t like real things, right? Take heed: if you like false things, in this life all you will meet are false things. The only love you will get will be false love. Is that what you want?”

“No, I want the real thing, and I want real love, but I’ve never got what I wanted, even once. Why is it, Luang Poh? Why is it?” the young woman began sobbing softly again.

“It’s because you are a fickle person. I’ll tell you straight like this, if you can get angry, that’s all right. If your mind was form and stable you wouldn’t be like this. Is what I say true or not?”

“It’s true, everything you said is true. I admit it.”

“You don’t have to admit it, it doesn’t bother me,” said the Phra Khru casually.

“So are you going to sprinkle me with Holy Water?” asked the woman who had just ‘admitted it’, obviously sticking to her own ideas.

“What?” the Phra Khru said evenly, “Haven’t you understood a word I’ve been saying? I thought you just admitted it.”

“Yes, I admit that what you say is true, but I am not capable of following your advice. I have to work. Please just sprinkle some Holy Water on me, or at least puff on my head to relieve me of my suffering.”

“I’m sorry, miss, I can’t do that, because doing that would not help to solve the problem. Your problem is not one that can be easily dealt with. Apart from the method I’ve recommended, there is no other.” He knew that in no long time this young woman would become demented because of the karma she had committed.

“But I really don’t have the time, Luang Poh. Let alone fifteen days, I couldn’t even come for three days, “answered the woman who loved her work more than her own life.

“Have it your way then. If you can’t do it, I can’t help you in any other way. And I can’t tell you how much longer you would have to undergo this suffering. I can help you no more. I can’t sprinkle you with consecrated water or blow on your head because I know within me that those things cannot help you. Phra Khru Charoen doesn’t like to deceive people.”

“In that case I’ll look for another Wat, there may be another Venerable monk who can help me,” she said hopefully.

“There isn’t, miss, believe me. Don’t waste your time,” he said, trying to be helpful, but the woman retorted, “Well if you can’t help me then I have to look for another Wat. I take my leave, sir,” she bowed three times, rose and left indignantly.

The Phra Khru shook his head in frustration and said to the people sitting in his kuti, “See that, patrons? I tell her the truth but she refuses it. She just wants the false. How will she ever solve her problems that way? That is what they call ‘solving the problem by missing the point’ as the ancients used to say, like eating a mangosteen and missing the seed.”

Note: This post was originally written by me on 5 November 2010

Advice for the broken hearted and those unlucky in love
ALS, neurological disorders and sudden paralysis- spiritual perspective
People who are able to see dead people
When you dream of dead/ deceased parent, relatives or friends
Spiritual Insurance
The line between schizophrenia and psychic abilities